Ken Follett’s epic novel Pillars of the Earth is set in England in the years historians refer to as The Anarchy (1135 – 1153), a nineteen-year period of anarchic civil war which resulted in chaos and widespread breakdown in even the most basic civility. 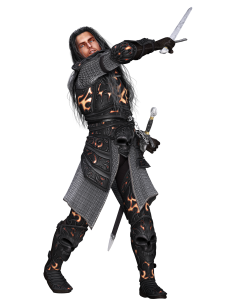 This chaos is most clearly embodied in the novel’s primary antagonist, William Hamleigh, the son of a minor but highly ambitious lord. William is a spoiled pampered bully. He beats and belittles and takes advantage. His goal is to become Earl of Shiring.

Standing in William’s way is Prior Philip, a devout and deeply curious man who treats everyone he meets with kindness. Prior Philip wants to build a great cathedral. It is Prior Philip’s everyday generosity that brings him together with visionary craftsman, Tom the Builder, the man who will build his cathedral.

The Anarchy in England was “a succession crisis precipitated by the accidental death by drowning of William Adelin, the only legitimate son of Henry I.” (Wikipedia)

Historians looking back on 2020 may refer to this as America’s Anarchy. Pandemic, unemployment, injustice, crime.

This November, America is facing its own succession crisis. We face a choice between a man who has everything yet still bullies his way into getting more. And another who has served his country for 40 years despite tremendous personal loss, yet still finds a way to help another.

Who do you want as your next President?

I intend to vote for kindness.

Researching history of earthquake fault under the North Anna Nuclear Power Station in Louisa County and the people most affected by it, including Professor John W. Funkhouser, H. Spurgeon Moss, and June Allen. Please leave message on https://baccaliterary.com/carolyn-oneal/ if you have any information on this topic or these people. Thank you very much.