Like every reader, I’ve come across typos and small continuity errors in novels and short stories, but few created the world-wide uproar as the error found on page 667 of Harry Potter and the Goblet of Fire, the First American edition, July 2000.

Voldemort and Harry’s wands had met in battle and the result was Voldemort’s ghostly victims spewing out in the reverse order that he killed them, that is, his last victim coming out of his wand first. When Harry’s parents appeared, his father came out of the wand before his mother. 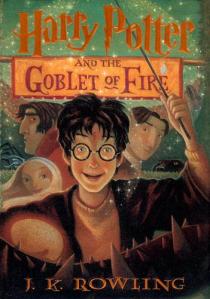 My son was seven years old in the summer of 2000. My husband, my son, and I were reading aloud this fourth book in the beloved Harry Potter series and we immediately realized the mistake. Since it was Lily Potter’s love of her son, Harry, which destroyed Voldemort, she should have come out of Voldemort’s wand before Harry’s father. See http://www.hp-lexicon.org/about/exp-wandorder.html for more details about the wand order problem.

What lessons did I learn?

Primarily, I learned that even one of the bestselling authors of all time makes mistakes! (http://en.wikipedia.org/wiki/List_of_best-selling_fiction_authors).

Secondarily, I learned that writers must utilize many proofreading tools to minimize typos and continuity errors.

Here are a few of my favorite proofreading techniques:

One:  Read what you’ve written and then read it again. And again.  Read it until you can’t find any errors. But don’t submit yet. Your proofing has just begun.

Two: Read it out loud. Hearing your words is like turning on the light in a dim room. Errors shine in the spotlight of the voice. Words should flow off the page. If you stumble as you read your own writing aloud, imagine how it will sound to others.

Three: Record your voice as you read what you’ve written. My favorite way to record my voice is with my I-Pod. Under Extras, I select Voice Memos. I record a piece and listen to it over and over until I catch all the elusive logic and continuity errors. 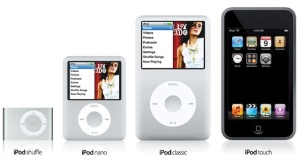 Four: Ask others to read your work. This is when being a member of a great writing group REALLY pays off. Having three or four or five other people read and discuss your work helps you find everything from simple typos to major plot problems. Yes, you can ask your parent or spouse to read your writing, but can they give you objective feedback?  Probably not. For more information on creating a great writing group, go to https://baccaliterary.com/how-to-create-a-writing-group/

All of the above works well for small pieces.  Short stories or poems.   But what about novels?   Reading 80,000 words aloud would be exhausting.  The answer:

What to Know Before You Submit Your Novel

It takes the trained eye approximately 0.02 seconds to notice the glaring typo on page one of a submission. And sometimes we editors are so stressed/exhausted/cranky that reading, “The tour-tooted animals” instead of the four-footed ones in the manuscript we’re looking at on our 4 p.m. lunch break is just the dose of hilarity needed to dissolve us into a dripping puddle of laughter-tears.

Read It As An Educated Reader

Now it’s time to read over your manuscript for anything an editor may find problematic enough to make her beg St. Francis de Sales for instant death. Are you making sexist/racist/controversial statements that have absolutely no bearing on the story? Get rid of them. Do you spend an entire chapter claiming your senator eats paint? Prove it with facts or rethink it. Does the book rely on stereotypes? That’s boring. No one wants to be bored and editors have especially short attention spans.

Exterminate all clichés. Even if they’re fairly new to the vernacular, just imagine how many times an acquiring editor sees them. I never want to see a person’s face described as a “mask of” horror/terror/ugliness/anything ever again.

Another thing. Pay attention to how many times you repeat words or phrases. Have you ever said a word so many times in a row that it loses all meaning? That’s what the editor will feel like if you use the phrase “so-and-so snorted” 381 times in a two hundred-page novel. I once had an author who used “shared” instead of “said” every single time, and I still can’t say/hear/read/think the word without wanting to throttle whatever good Samaritan is sharing her fruit platter with the rest of the office.

Researching history of earthquake fault under the North Anna Nuclear Power Station in Louisa County and the people most affected by it, including Professor John W. Funkhouser, H. Spurgeon Moss, and June Allen. Please leave message on https://baccaliterary.com/carolyn-oneal/ if you have any information on this topic or these people. Thank you very much.